The Christmas story,  we all know well, or do we? So often when reading the Word, the Logos, or written word becomes Rhema, alive with meaning for me. This week in my advent devotions I re-read a story I thought I knew so well. Yet the Lord spoke in that still small voice and told me to look closely at two words: “suddenly” and “but”.

8 In the same region there were shepherds staying out in the fields, keeping watch over their flock by night. 9And an angel of the Lord suddenly stood before them, and the glory of the Lord flashed and shone around them, and they were terribly frightened. 10But the angel said to them, “Do not be afraid; for behold, I bring you good news of great joy which will be for I.e. Gentiles as well as Jews.all the people. 11For this day in the city of David there has been born for you a Savior, who is Christ the Lord (the Messiah). 12And this will be a sign for you [by which you will recognize Him]: you will find a Baby wrapped in [swaddling] cloths and lying in a manger.” 13Then suddenly there appeared with the angel a multitude of the heavenly host (angelic army) praising God and saying,

14“Glory to God in the highest [heaven],

And on earth peace among men with whom He is well-pleased.”

15 When the angels had gone away from them into heaven, the shepherds began saying one to another, “Let us go straight to Bethlehem, and see this [wonderful] thing that has happened which the Lord has made known to us.” 16So they went in a hurry and found their way to Mary and Joseph, and the Baby as He lay in the manger. 17And when they had seen this, they made known what had been told them about this Child, 18and all who heard it were astounded and wondered at what the shepherds told them. 19But Mary treasured all these things, giving careful thought to them and pondering them in her heart. 20The shepherds returned, glorifying and praising God for all that they had heard and seen, just as it had been told them.

The shepherds were simply going about their normal business. Out in a remote field taking care of sheep. Suddenly, out of the blue, unexpected, an angel of the Lord stood before them and the heavens light lit up the darkness of night! My dear friend Irene Sanford often said that God loves suddenlies…He shows up when we don’t expect Him, often during our darkest moments. We can’t see a way forward, all seems to be shrouded in darkness.

11 offers, 6 months of trips to Bend looking for a house and the market was moving up so fast we were not sure we could catch it. Then suddenly a home became available, a home we had driven by and I had commented that this was the home I wished would come on… Suddenly….it was ours, I am home. It was only 6 months of waiting, not 6000 years but it had begun to feel dark and the wait long. Your wait may be different, waiting for a doctor’s report, a financial breakthrough or a child to return..

While in the darkness it is hard to imagine light coming all of a sudden, yet God has demonstrated in this age-old story that this is exactly what happens when He shows up, suddently.

What a story the shepherds had to tell! There was even  a second suddenly to share. After the angel of God appears and the glory of God shone and flashed about them, can you imagine…the angel tells them what God’s people have been waiting for such a long time has come, the savior has been born and will be found in a manger not far away. This is a great and unexpected message and messenger, yet there is more to come. Then suddenly a full angelic army appears to these men, praising God saying; “glory to God in the highest!” The lights flashing, the angel speaking and then an angelic army shows up singing, the Hallelujah chorus in stereo, all in a remote dark place to workers just doing their job. He comes suddenly, breaking though the natural, bringing light and life and hope.

The shepherds, in haste,  go straight to Bethlehem to find the baby. They tell their story to all who are there. They reveal that angels have announced that this baby, Jesus, is the promised Messiah, He has come! The savior they have waited for has arrived! 6000 years and then suddenly the savior has come. The scripture says that those listening were astounded and wondered at what was told them. I am sure this would have been my response as well. pure astonishment.  Yet Mary has a different reaction. “But Mary treasured all these things, giving careful thought to them and pondering them in her heart.”

She heard the story of the angels’ appearance, flashing lights of glory and an angelic army of angels worshipping. She also heard the words that her baby was the promised Messiah, the savior of the world. The scripture says that she gave these words, this events’ description careful thought and held them in her heart as a treasure. I was reminded that it is often easy to simply be astounded and marvel at the works of God, at the words of God, at the promises of God. But to treasure them, to ponder them, to meditate on them and hold them closely, that is different. That takes time and intentionality. That response also makes them our own. What we treasure we protect. What we treasure we revisit. What we treasure we hold in our heart, safely tucked away and available when we need it..

This year has been darker than most. We have been sequestered. For many of us it has brought loneliness and there is a fatigue as we continue to wait for the breakthrough. My prayer is that this Christmas season we would remember that He has come. He has brought light and hope and that His peace will be ours. Let us treasure His arrival and  His presence with us. Our gift is here.. 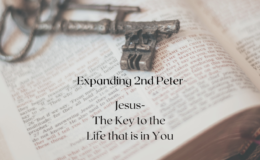 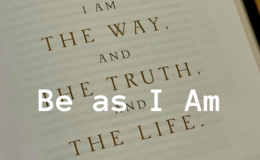 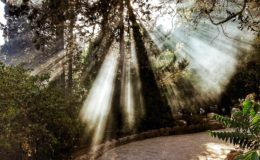 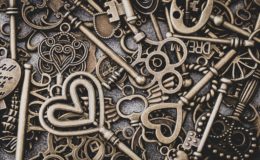 The Benefits of Salvation